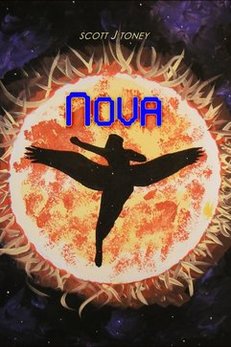 Welcome to a realm where each planet has a soul that lives on even after that planet's death, searching the galaxy to free other planetary souls from their rock encrusted wombs.
With every planet they devour they become stronger, bonding with mortals and giving those mortals mutated powers until they can destroy the planet they are on.
Welcome to the realm of the fantastic, where a winged woman fights alongside a cyborg, a telepath and a seer for survival. Where anything is possible and were-beasts roam the land.
Good is corrupted. Evil is beside you. Faith is lost.
And then…

This novel contains all three books of the completed Nova trilogy. As a bonus, it also includes The Fall of Eon, the prequel to the Nova realm.
NOVA, Amazon

The Ark of Humanity 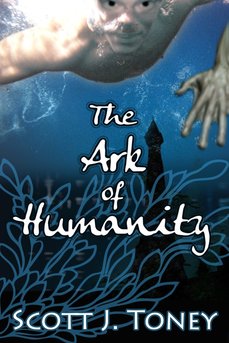 God flooded the earth to annihilate humanity's sins. What if that sinful race didn't die when floodwaters covered them but instead adapted to breathe water?

Under the depths of the ocean one boy has raised himself, until the day when he meets a dark-skinned man with news that will change the lives of his civilization forever. Now he must save his people from another empire of water dwellers bent on enslaving the oceans and torturing his peaceful realm.

Yet another question is posed as he learns that his people are descended from humans that lived on the land above the ocean; a people that were destroyed by floods made by the rage of God.

If they have to, in order to escape, will they be able to breathe air and join whatever is left of the world above the waters?

What would they find there? Is the mythological Noah still alive?

"I can see comparisons to Philip Pullman's 'His Dark Materials' trilogy in some of the themes raised [in The Ark of Humanity]. As with Pullman's 'daemons', the relationship between the beings and their companions who transport them is particularly enjoyable, a relationship which also reminded me of the dragons in the film 'Avatar'. I can see this as a fantastic storyboard for a Pixar film."
The Ark of Humanity, Amazon 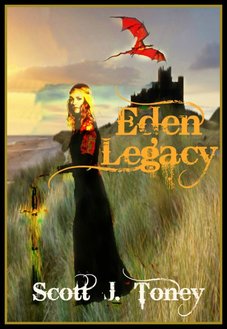 Thomas, the young King of Havilah, is drawn to a forest beyond his lands. Here he discovers seven figs, fruit from the long forgotten Eden.

In the land of Cush, Princess Lilya suffers under the rule of her father, until the day when young King Thomas of Havilah invites her away to his lands. There, she hopes to find peace she has never known. But Thomas has been drawn to a foreign land, to figs he hopes are from Eden and the tree of life. When he eats them to heal his wounds things change within him, distorting him in ways he could not predict.

Now Lilya must make a decision. Does she stand by Thomas' side or act to dispel the evil consuming his soul? Amidst this world Lilya has befriended a dragon. There are secrets within the beast that could determine all their fates.
Eden Legacy, Amazon 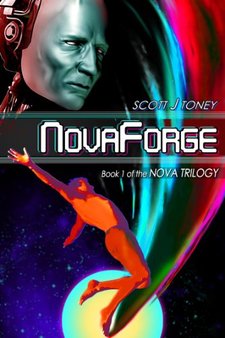 Solaris. A planet like any other, rife with wars, science and love. But at the peak of its civilization, a great meteor fell, bringing long-dead souls to Solaris, souls that had been sustained by the life-force of one lone man, Ineal.

At the moment of impact, these souls scattered across Solaris, giving inhuman abilities to mortals while scarring their bodies and corrupting their lives.
Samuel was one such man, a man of faith who thought to use his powers to worship his God: he watched his followers, and his planet, die. Seas turned to lava and the skies darkened. And as Samuel’s heart grew weary and angry, he used his powers to manipulate the world to serve him alone.

Samuel became god of a planet whose only life was the symbiotic life so like his own.
Centuries later, he discovered others, threats that had not been on this planet before. A winged woman; a cyborg; a future-seer and a child. A great vengeance burned a comradery between them.

They were souls that could overthrow him. Souls that he would need to destroy.
NovaForge, Amazon 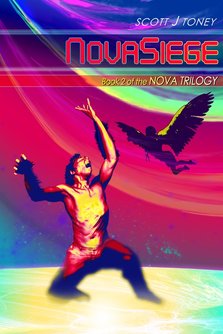 The dark priest, Samuel, is dead, but at what cost?

In a time of darkness the young boy, Bayne, has bonded with Samuel’s essence. The minds of all who connect with the essences are tested as an undefeatable evil reaches its tendrils through their minds. Beasts roam Solaris’ landscape, preying on its starving inhabitants.

Can the remainder of Julieth’s league overcome the voices within them and the beasts plaguing the land, or will they be devoured in their struggle?

Is the boy Julieth once loved like a son forever lost?

As the temptation of godhood, power and hate tempts all people bonded with essences, who will overcome the control and who will embrace what is whispered to them as destiny?

An enemy hand opens as their final hope. Can it be trusted?
NovaSiege, Amazon 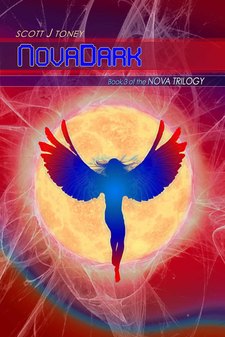 The evil essences of the universe’s dead worlds are descending to the core of the planet Solaris, drawing ever closer to their nightmarish, planet devouring goal.

Julieth has found a moment of calm, but the voices within her call her downward to battle the essences. The surviving members of Julieth’s league, a cyborg and horde of were-beasts, gather for a desperate attempt to halt their planet’s destruction and save their own lives.

For if the League can reach the planet core and devise a plan for destroying their unslayable foe, they may be able to at last find peace…
NovaDark, Amazon 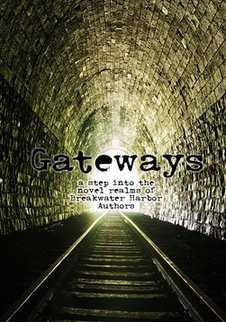 Featuring gripping Independent authors from around the world, GATEWAYS is the second collection of short works published by Breakwater Harbor Books. Compiling heart-pumping tales of Science Fiction, Fantasy, Horror and Crime are nine stories that will thrill you, rivet you, and some will even make you sleep with the light on.

As I Wake (and See the World) – He wasn’t supposed to survive. But he did. Now the Dark Ones are after him.
IVAN AMBERLAKE

Arrival - Zoya's mind is hijacked and her clone wakes to find she has no choice but to be a colonist on a new planet.
TED CROSS

Living in the Pages - Hendrix Massey wished for a dream on a desperate day as he sat in a deli on Harris Street. What he got was magic.
MINDY HAIG

The Fall of Eon - Three mortals versus one planet-devouring horde. Existence is on the line. Just another day in the life…
SCOTT J. TONEY

Lethal Black Book - Ever heard the phrase ‘two whores is too many’? Love isn’t cheap and business is deadly.
MELISSA SIMONSON

Blind Alley - In a high-tech future, low-tech ex-operative Burgundy sets out with Big Boy, his .500 Magnum Smith and Wesson, and Leyla, his capable techie partner to settle a score and clear his name.
DYANE FORDE

Pivot of Fate - Ama’na was a grand dream of Kin and Celt seeking peace from ancient prejudices until a fell moon and desire tore it asunder.
LELA MARKHAM

Incident in Class 4666 - A normal Monday at school for Emi Matsumoto and her classmates: History, Math, Art, and a prophecy of Hell on Earth.
SIMON PAUL WILSON

Gateways is a step into the novel realms of Breakwater Harbor authors. Each work is a standalone, giving a gateway into the larger work it was inspired by.
Gateways, Amazon

Fusion, a collection of short works from BHB authors 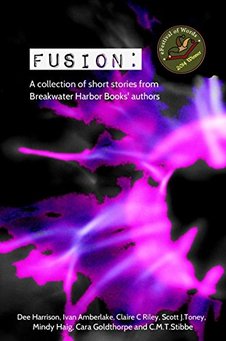 Featuring gripping Independent authors from around the world, FUSION is the first collection of short works published by Breakwater Harbor Books. Contributing heart-pumping tales of Science Fiction, Fantasy, Horror and Crime are seven stories that will thrill you, rivet you and some will even make you sleep with the light on. Authors from across a wide variety of genres, Dee Harrison, Ivan Amberlake, Claire C. Riley, Scott J. Toney, Mindy Haig, Cara Goldthorpe and C.M.T. Stibbe.

The Sliver of Abilon – A Mirrorsmith Tale – 'and you thought it was safe to look in the mirror?'

Diary of the Gone - Without a girlfriend, bullied by the Principal’s son, and haunted by the dead, Callum Blackwell thinks his life can’t get any worse. But he’s wrong.

Life Ever After. Nina's Story: Part one. – When the dead begin to rise, it's time to put your differences aside and run!

NovaFall – When the Meteor falls, the essences will come, forging flesh and planetary souls as one.

Cybilla. – To claim his Muse, one man must find the gate between the mortal and the immortal worlds.

Capturing Perfection – An artist's tale of love, loss and beauty in Renaissance Milan

Until The Ninth Hour – Until a man loses his daughter to a serial killer, until he loses his best friend, until he is down on his luck, Darryl Williams must put all thoughts of retaliation out of his mind.

An excerpt from Dee Harrison’s The Sliver of Abilon – A Mirrorsmith Tale
Fusion, Amazon
Powered by